A wonder of nature that are unique and absolutely amazing to see in real life. Great Hammerheads are usually an elusive and rare shark, but for us in the Bahamas they are a regular shark that joins our shark diving adventure. They are spectacular to see with their unusual heads and large dorsal fins. They appear mostly in the fall and winter, October through May when we run our exclusive Tiger and Hammerhead shark diving trips to feed these large top predators.

Bimini started a few years later and became the premier location for Hammerhead shark diving, the local researchers had been seeing them for years.

Great hammerhead sharks, recognized by their hammer-shaped head and tall, pointed dorsal fin, reach lengths of 20-feet, but most individuals encountered by divers are between 10 and 14-feet in length. Feeding primarily at dusk, great hammerheads are considered a fierce predator. 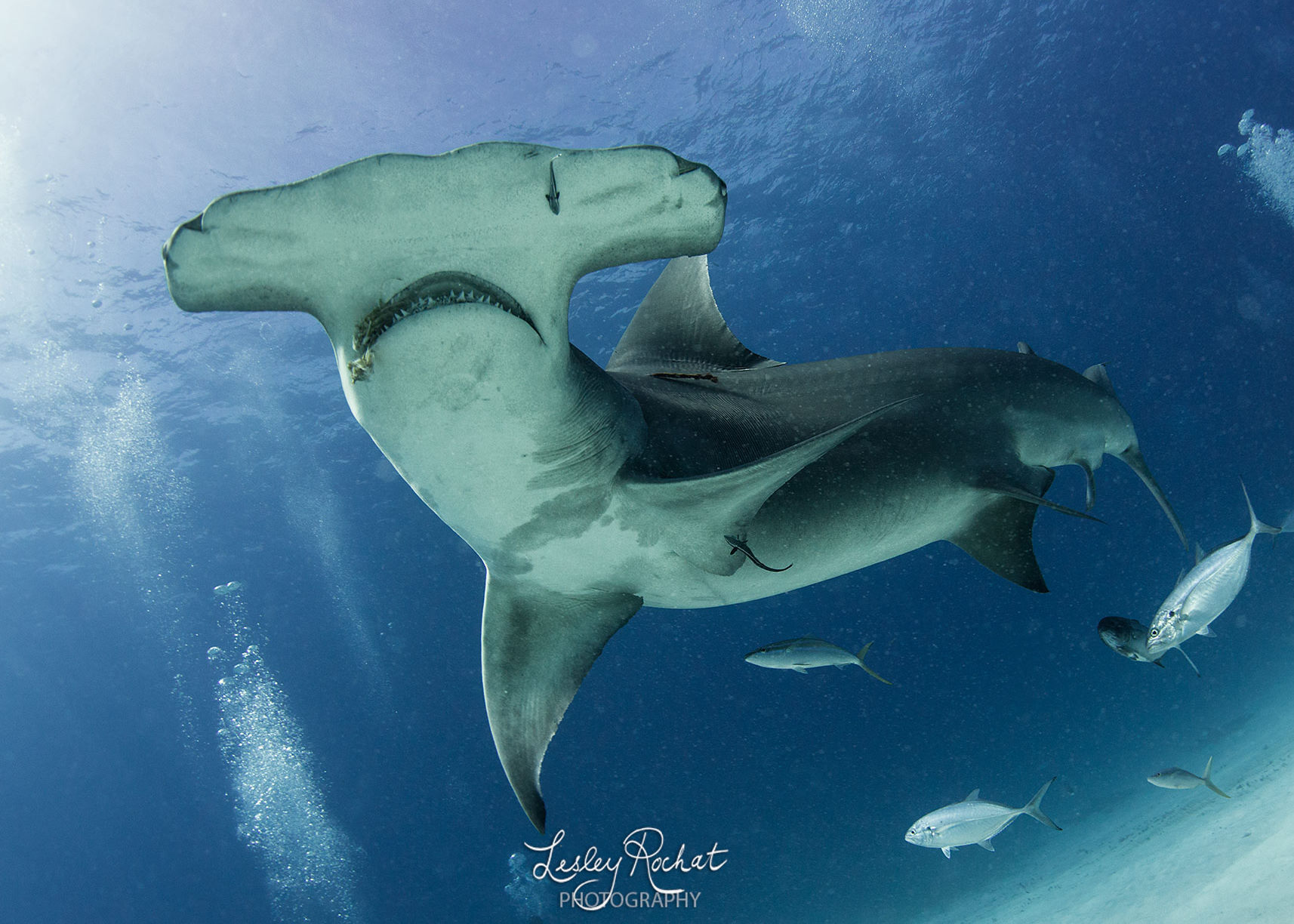 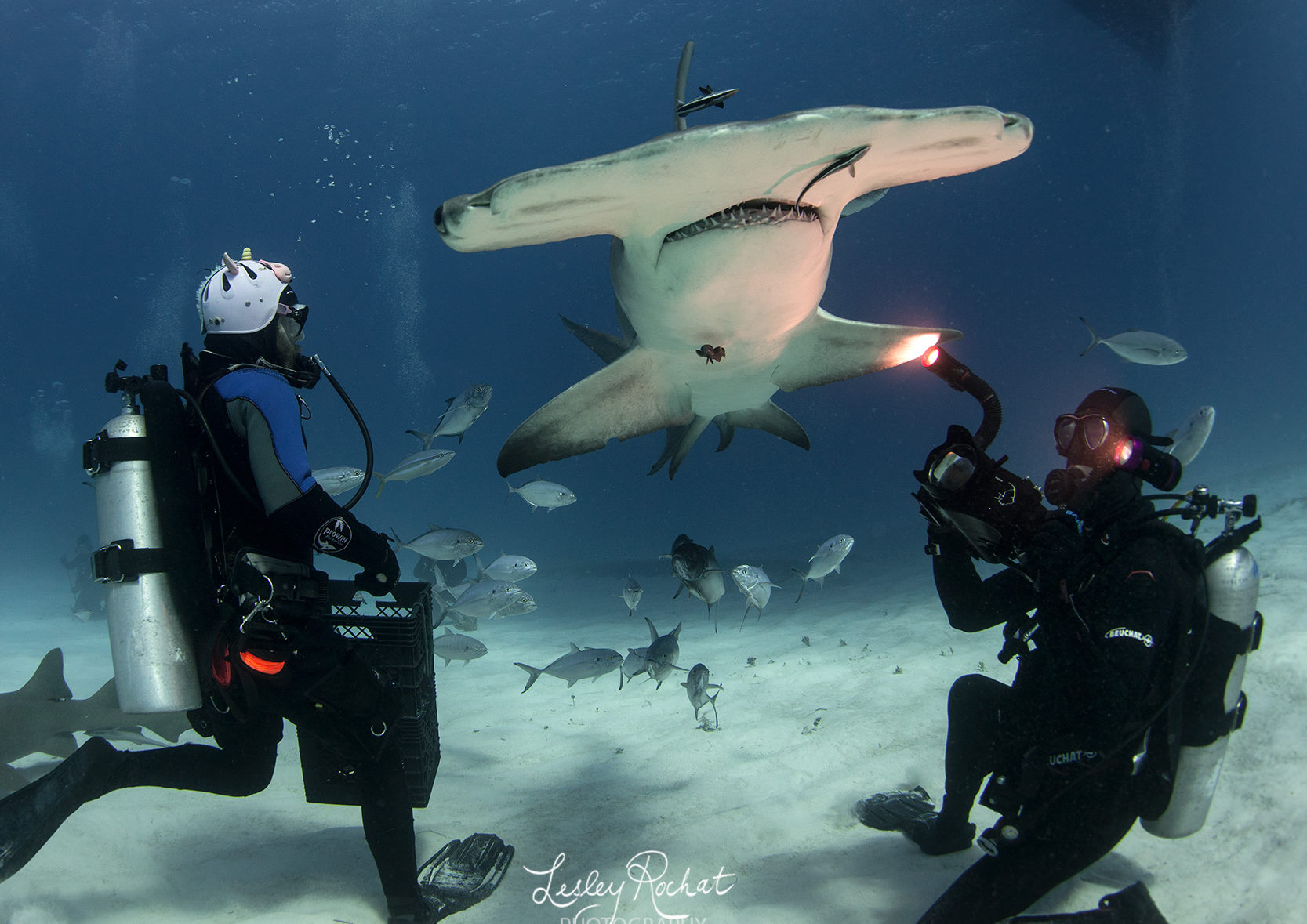